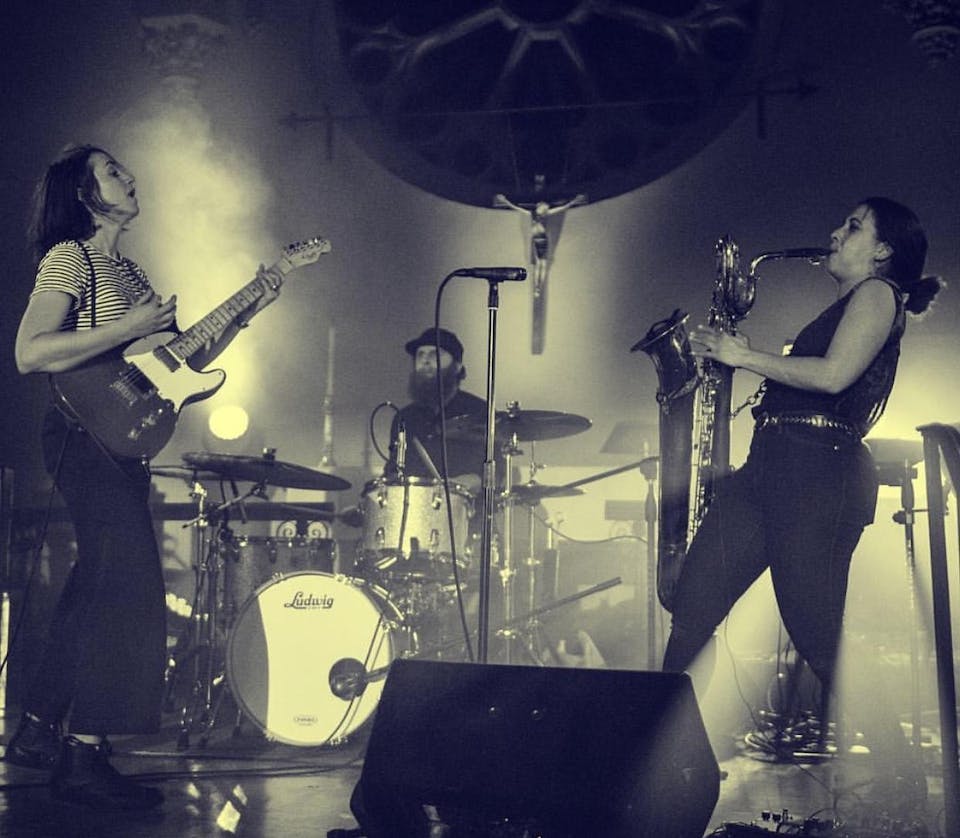 She will be joined by many special guests as they journey back in time to recreate this Dave Sitek produced masterpiece. One night only! Get your tickets now, you don’t want to miss this!"

“I’ve always been a proponent of not making the same record twice,”

Holly Miranda says. “Some people find a niche and go with that, but I

need to try something different every time.”

it’s a whole new way for her to make music. “This really is the most

shared so much of the writing and the production, the meat and bones

of making an album.”

Her collaborators on Mutual Horse include Ambrosia Parsley (Shivaree),

System), and Matthew Morgan (Built to Spill, Modest Mouse) among

others. “This time around, I opened myself to collaborating,” Miranda

says, “which made me really vulnerable.” It also made for a truly

This record finds Holly bridging the gap between 2010’s experimental

intimate approach, while maintaining her sense of humor and sonic

explorations. The tracks run the gamut from the sultry, driving “On

the Radio,” to a cover of Crazy Horse’s “When Your Lonely Heart

Breaks,” and the delicate “Sing Like,” inspired by Miranda’s late

The album was recorded in Los Angeles, where Miranda and her

collaborators laid down the beginnings of 23 songs before returning to

on the album. The L.A. Dangerbird studio also inspired the album’s

title. “Mutual Horse comes from this image that was hanging in our

studio in L.A. It was a photo of the singer-songwriter Cris

last year—and I had become a big fan,” Miranda explains. “We printed

out photos of her from the 1970s and taped them up around the studio;

that was our vibe.” One of those photos was of Williamson and another

woman holding the reigns of a horse; the two women are staring at each

other, but the horse is staring at the camera. That picture was on the

wall of Miranda’s studio, and eventually someone scrawled the phrase

“Mutual Horse” beneath it. “It doesn’t feel like just mine,” Miranda

says of the album, which took its name from the grafitti. “It feels

like it belongs to everybody who worked on it.”

Miranda grew up between Detroit and Nashville, two music towns that

would influence her own journey in a very profound way. She began

playing piano at the age of six, taught her self-guitar at 14 and

moved to New York at 16 to start her professional career. For nearly

20 years, she’s been performing, writing and producing with some of

the best talent in the business. She has performed with the likes of

a mass of other projects. Make sure to catch her live on tour in the