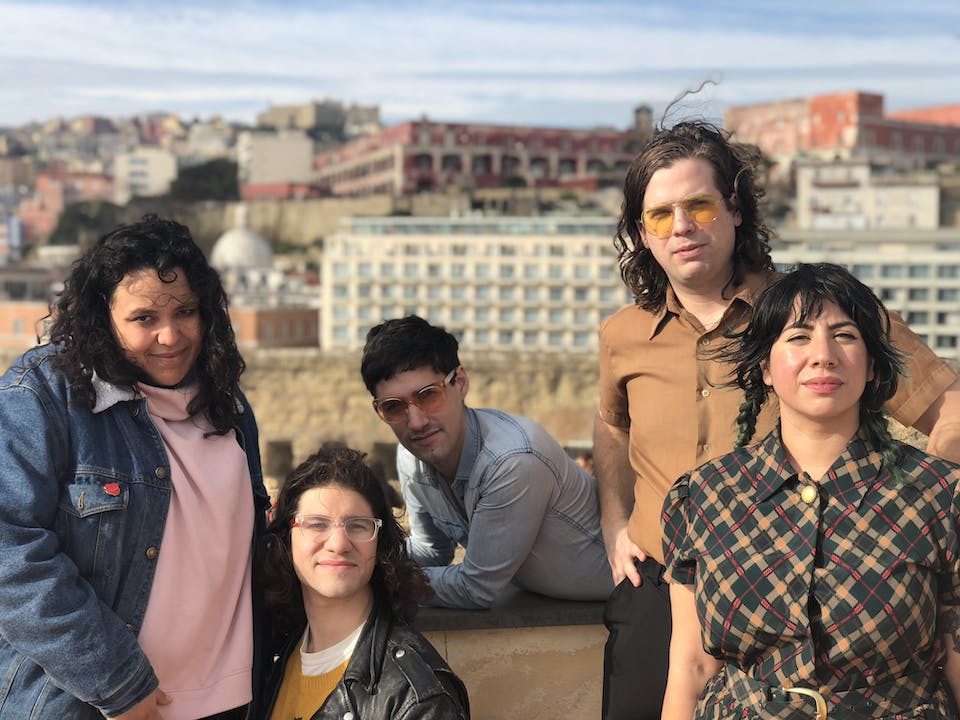 The United States’ myriad inequalities, hatreds and phobias are painfully evident in 2017, offering proof that the age-old dichotomy of “political bands” versus “apolitical bands” simply doesn’t exist. Either you are comfortable and unfazed by the current reigning power structures, or you choose (or have no choice but) to use your music as a vehicle for the dismantling of oppression and the creation of something better. No matter what your songs are about, you are choosing a side.

The position of Providence, RI’s Downtown Boys has been clear since they started storming through basements and DIY spaces with their radically-minded, indefatigable rock music: they are here to topple the white-cis-het hegemony and draft a new history. In the words of vocalist and lyricist Victoria Ruiz, they are “five unique and individual people who believe in the spectrum of people, experiences and emotions.” On their self-titled 2014 EP on Sister Polygon Records (run by their like-minded friends in Priests), they offered songs like “Slumlord Sal,” which strikes out against abusive landlords. Its accompanying video relays the idea that cops can be literally smacked out of their oppressive mindsets and into an exuberantly queer dance party. This is how Downtown Boys began, combining revolutionary ideals with boundless energy and contagious, inclusive fun, and their resolve has only strengthened as both their sound and audience have grown.

Cost of Living is their third full-length, following a self-released 2012 debut and 2015’s Full Communism on Don Giovanni Records. They recorded it with Guy Picciotto, one of indie-rock’s most mythological figures, in the producer’s chair. (Although best known for his ability to sing while dangling from a basketball hoop, he’s also produced pivotal albums by The Gossip and Blonde Redhead, among others.) “He very much enabled us to believe in what we were doing enough to get the record done, and get it done well,” says Joey La Neve DeFrancesco, Downtown Boys’ guitarist, vocalist and primary songwriter. Picciotto fostered the band’s improvisational urges while also pulling the root of their music to the forefront: unflinching choruses, fearlessly confrontational vocals, and the sense that each song will incite the room into action, sending bodies into motion that were previously thought to have atrophied.

Downtown Boys are keenly aware of the increased visibility and credibility that comes with signing to a corporate-media conglomerate such as Sub Pop. They’re using this platform as a megaphone for their protest music, amplifying and centering Chicana, queer, and Latino voices in the far-too-whitewashed world of rock. Opener “A Wall” rides the feel-good power that drove so many tunes by The Clash and Wire as it calls out the idea that a wall could ever succeed in snuffing the humanity and spirit of those it’s designed to crush. “Promissory Note” is a bold self-introduction to the exclusive clubs that either ignore Downtown Boys’ existence, or possibly worse, feign appreciation: “So what’s the matter, you don’t like what you see? I can’t believe you’re even talking to me!” Ruiz shouts that she won’t light herself on fire to keep you warm, and, like underground rock pioneer Alice Bag’s vitriolic verse, it’s a claim you wouldn’t dare question. “Tonta,” one of the three songs written and sung primarily in Spanish, is an introspective and emotional portrait of anguish, and it calls to mind the mighty scrum of Huasipungo at an ABC No Rio matinee.

Compared to previous efforts, Downtown Boys have shifted from a once-meaty brass section to the subtler melodic accompaniment of keyboards and a saxophone, coloring their anthems with warm, bright tones while Ruiz spits out her frustrations, passions, and intents. Some might say it shows a sense of maturity, as Downtown Boys have undoubtedly smoothed down some of their earlier edges, but there is no compromise to their righteous assault and captivating presence. Like the socially conscious groups of years past, from Public Enemy to Rage Against the Machine, Downtown Boys harness powerful sloganeering, repetitive grooves, and earworm hooks to create one of the most necessary musical statements of the day. We should all do well to take notice!

In a mangled heap of humanity taught to sink to the bottom or exploit to the top :

BiG HUGE advocates the only way OUT is not UP but THROUGH.

Strutting the line between hard groove R’N’R, raw punk, & queer power pop their music flails with the switch & swagger of self-truth. Fighting. In solidarity alongside all those contorting bodies in our midst & throughout our history working for radical progress, not reactionary resistance.

If we writhe in this system built on our denial, together : Another world awaits. But only if we get to work. 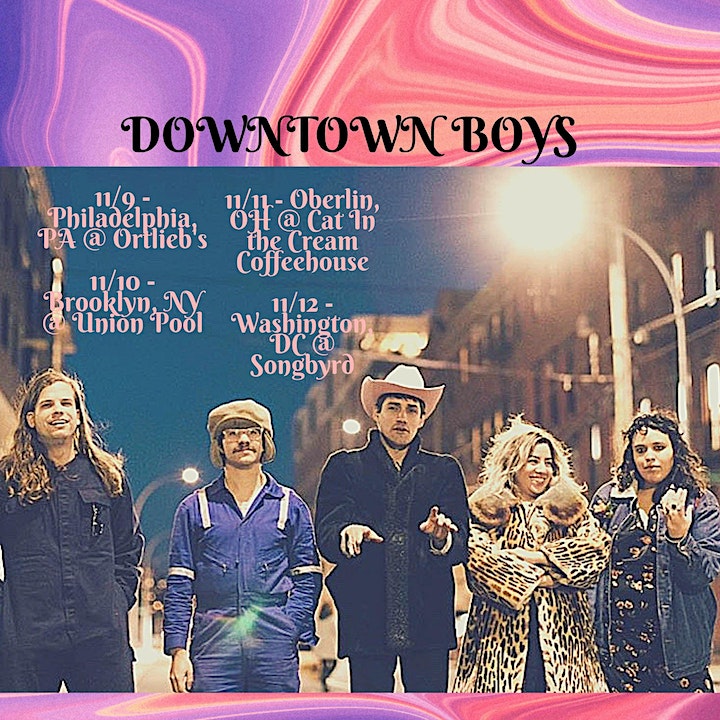